Population projections released by the Greater London Authority show that London will continue growing of the the next two decades. What else does the data tell us? 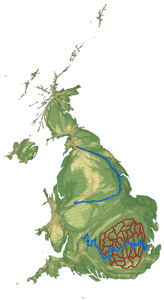 Demographic trends in the United Kingdom, such as these discussed in the Royal Commission’s report on Demographic Change and the Environment, show an ongoing population growth in the south-east of England. With London being the dominating city in the UK’s economy, this is little surprising, as key industries but also central public institutions are still located in the capital city. This is one major reason why the southeast is like a population magnet that will have to find strategies to cope with an increasing population if these conditions persist. But demographic trends do also predict a slowdown in the population increase over the next decades, leading to an aging society and declining birth rates. These trends outline challenges for policy making and planning, which is why population projections play a key role for urban planners to face future challenges in their decision-making. The Greater London Authority as the key administrative body for the most populous area in the UK (see map) released such projections on borough level to the year 2031, including population estimates for the past years (see London Datastore). The following animation shows a series of population cartograms for the 30 years covered by this dataset, showing the changing shares of the population between the boroughs of Greater London. The maps also include a choropleth layer for the net migration (taking population change, births and deaths into account):

The animation shows the slow but steady relative growth of mainly the east of the city, which can be observed when closely looking at the changing shapes of the boroughs (note that the cartogram shows changing proportions, not absolute changes). The further the projections go into the future, the more uncertain the trends are. Leaving this caveat aside, a general picture that emerges is that of a slowdown in growth inside Greater London (which tells less about the changing population patters beyond these borders). The slowdown – also shown in the bar chart below the map – towards a stabilised population is accompanied by a decreasing net migration trend. This is the change that is projected for Greater London in that time period in total: 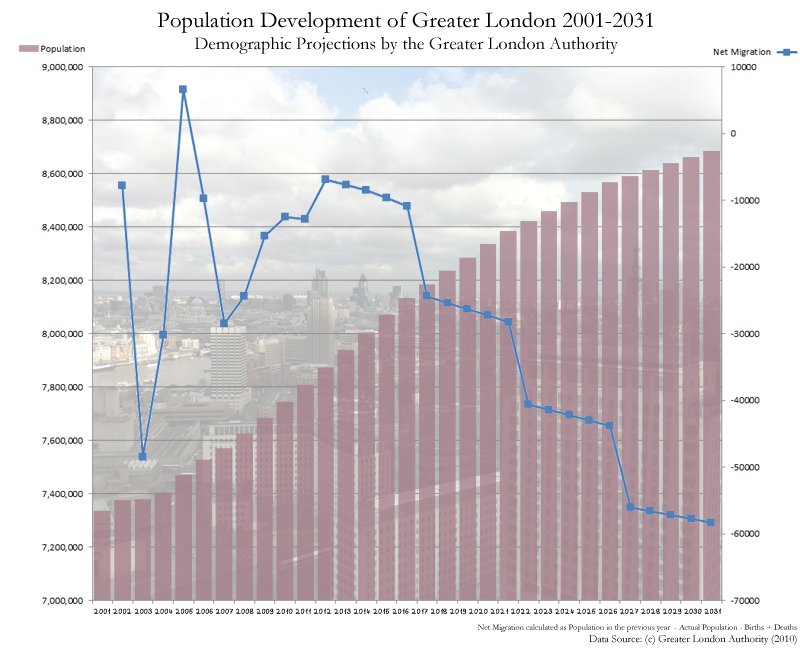