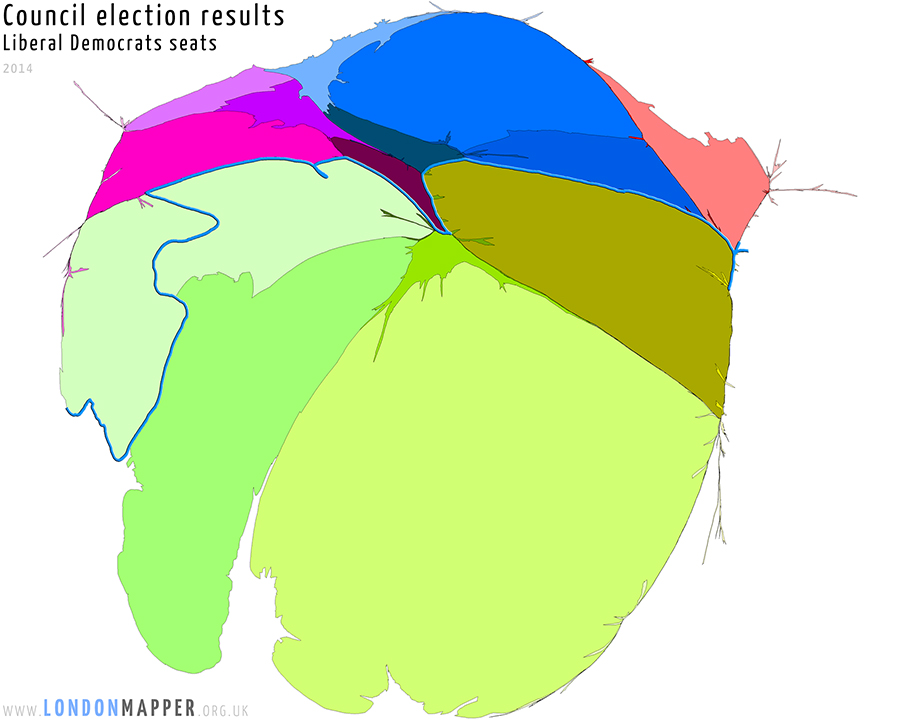 [dropcap1][colored]T[/colored][/dropcap1]his map shows the boroughs of London resized according to the total number of seats won by the Liberal Democrats in the 2014 council elections.

The total number represented in this map is 118.