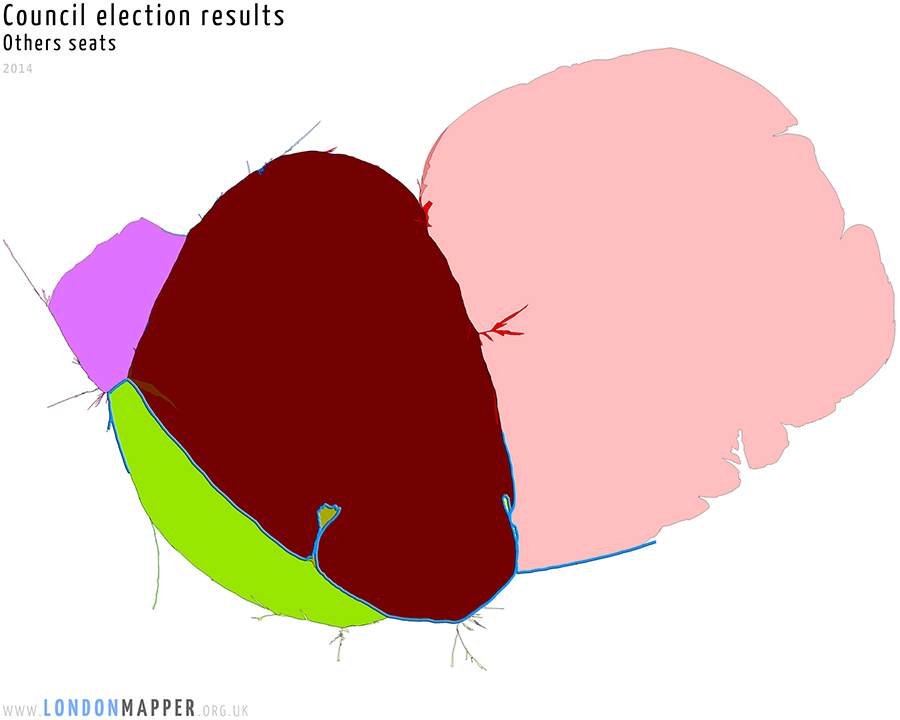 [dropcap1][colored]T[/colored][/dropcap1]his map shows the boroughs of London resized according to the total number of seats won by others (than Conservatives/Green/Labour/Liberal Democrats/UKIP) in the 2014 council elections.

The total number represented in this map is 47.