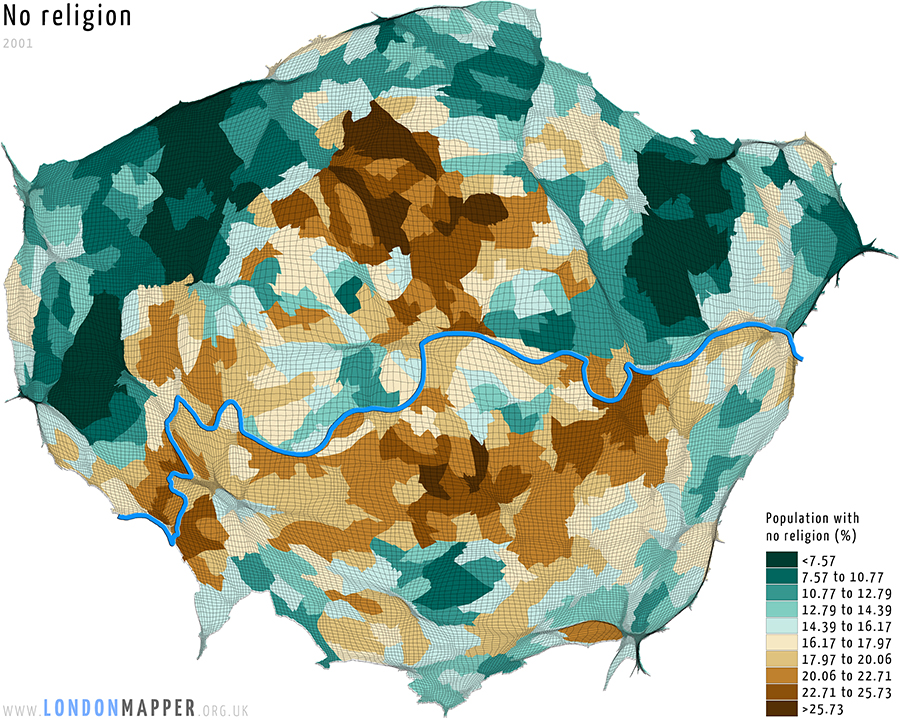 Population with no religion 2001

[dropcap1][colored]T[/colored][/dropcap1]his map shows the area of London resized according to the total number people living in each of the grid cells as recorded in the 2011 Census. Overlaid on the basemap is the share of people with no religion in an area as a percentage of all people there (according to the 2001 Census).