Ahead of this year’s vote this map series provides a look at the geography of the 2008 London mayoral election.

A feature for the “In Focus” section of Political Insight (April 2012, Volume 3, Issue 1) analysed the patterns of first-preference votes at the last election in the UK’s capital city.
The map series for this feature displays the distribution of first preference votes shares for each respective party that put up a candidate. This allows not only to see the eventual outcome (which resulted in the then mayor Ken Livingstone of Labour being put into second place but the current mayor Boris Johnson of the Conservatives), but also gave an impression of the distribution of preferences for the smaller political parties within the city, as most voters put their main party preference into their first vote, while giving their second preference to a stronger candidate of the larger parties. The maps are based on a gridded population cartogram of London. 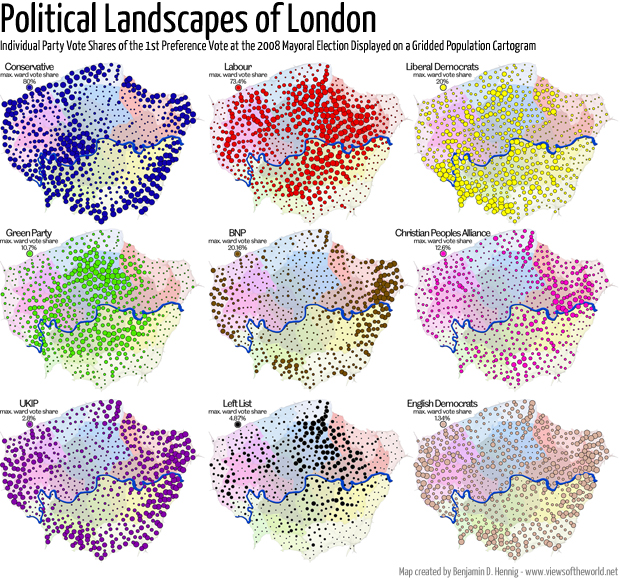