[h5]Benjamin D. Hennig and Danny Dorling plot the distribution of funding for the arts and universities in England.[/h5]

The United Kingdom, and especially England, has become geographically extremely unequal. This inequality is not only seen in growing economic disparities within the population, but also becomes increasing visible across all parts of public life, such as science and education, as well as the arts.

A report on arts funding in 2013, highlighted just how concentrated such funding was within London compared to the rest of the country. This represents the continuation of a now long-established trend.

Much of the arts is not funded simply by direct taxation, but by the proceeds of the National Lottery. The map below shows that London accumulates by far the largest share of Arts Council England funding, while the neighbouring South East and East regions, which are just as populous as London, lose out greatly in funding due to their proximity to the capital. 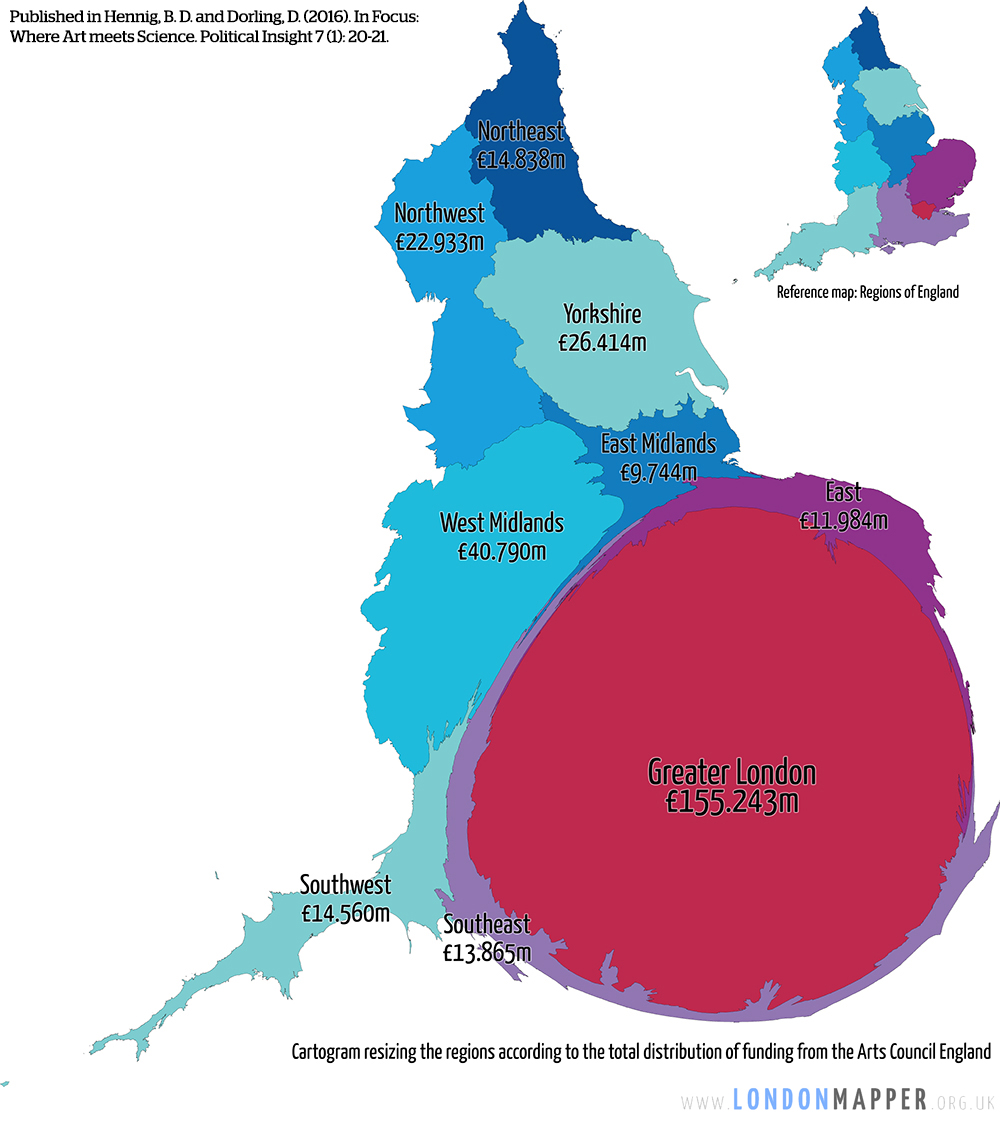 When seen on a population cartogram, the spread of universities appears much less unequal than the distribution of Arts Council Funding. In the map to the right a circle is drawn to represent each university with its size in proportion to the number of students studying there.

When measured against the general population, the distribution of universities is relatively even, although the map does reveal a slight imbalance in some areas, with the North West of England, from Birmingham right up to the Scottish border being ‘underserved’ by higher education. But while the correlation between where people study and the distribution of the general population is surprisingly strong, inequalities become more visible when putting this into the context of research funding allocated across the universities, especially when that is compared to teaching loads. The circles in the following map are coloured according to the ratio of government research funding awarded per student. 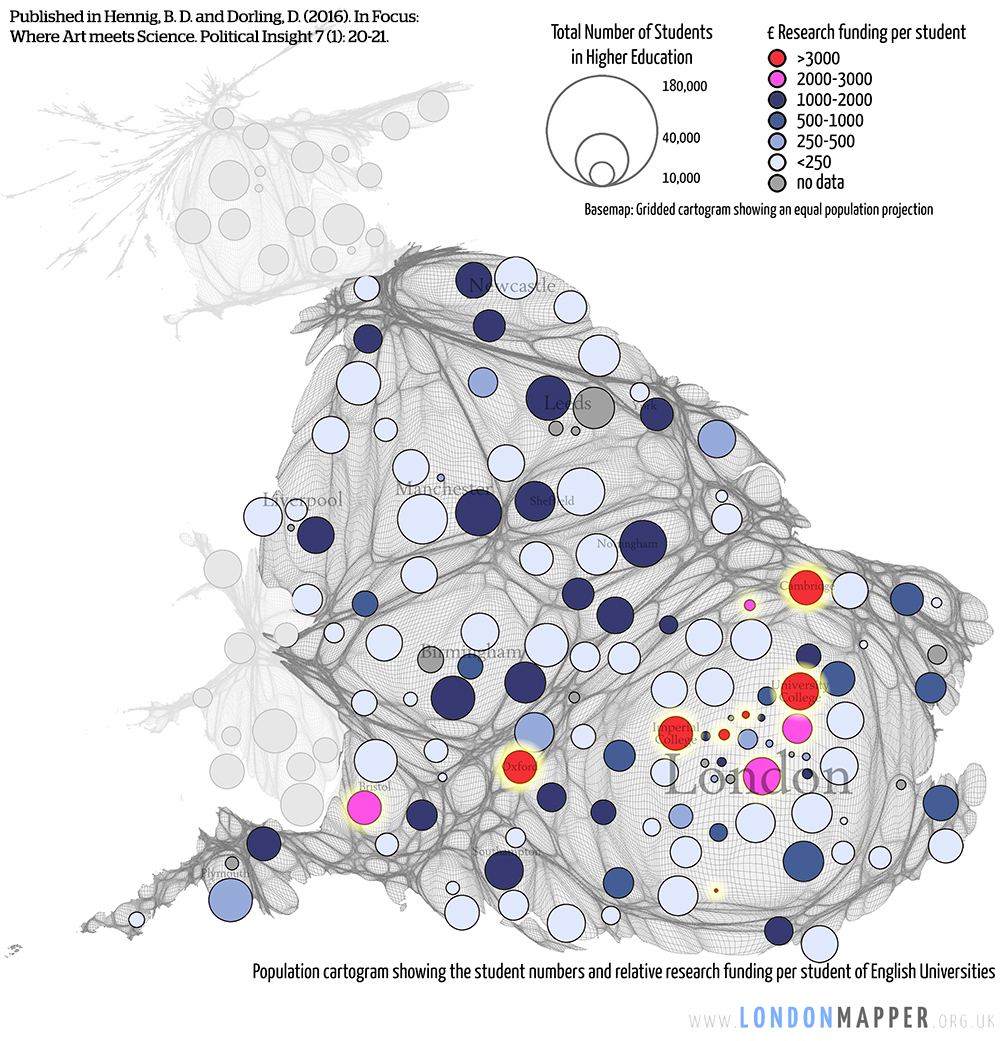 The four large red circles shown in the map are (from west to east): Oxford, Imperial, UCL and Cambridge. These are the four large universities that receive more than £3000 a year in ‘quality-related research’ (QR) funding for every student they teach. The funding is not for teaching, but it certainly makes teaching them easier. The three large purple coloured universities are Bristol, King’s College (London) and Queen Mary (London). In each of those, QR funding is awarded at a level of between £2000 and £3000 per student.

In many ways, Cambridge and Oxford are London suburbs today, so the interesting exception is Bristol, which doesn’t quite fit the mould. Clearly, as you head North, the proportion of universities coloured brighter colours, or even dark blue, falls. The persisting inequalities are apparent: To them that have, more is given.

There is nothing immutable about the distribution of government funding. It has not always been as disproportionate as this, and it need not be like this in future. However, the UK has been very unequal for several decades now, despite in the 1960s, being the second most equitable large nation after Sweden.

In the 1960s the British produced the Beatles, the Rolling Stones, and David Bowie. Greater equality does not stifle creativity. Greater equality also helps you see others as more like you. Art, money and learning tend to follow each other around the globe over time. From Renaissance Florence, to Dutch Masters, to French Impressionism to American modern art – geography, culture and cash have always been entwined, and always move with the times. However, the most popular place in the world for the rich to own at least one of their homes does not remain the most fashionable place for ever. That is the point of fashion – it changes.