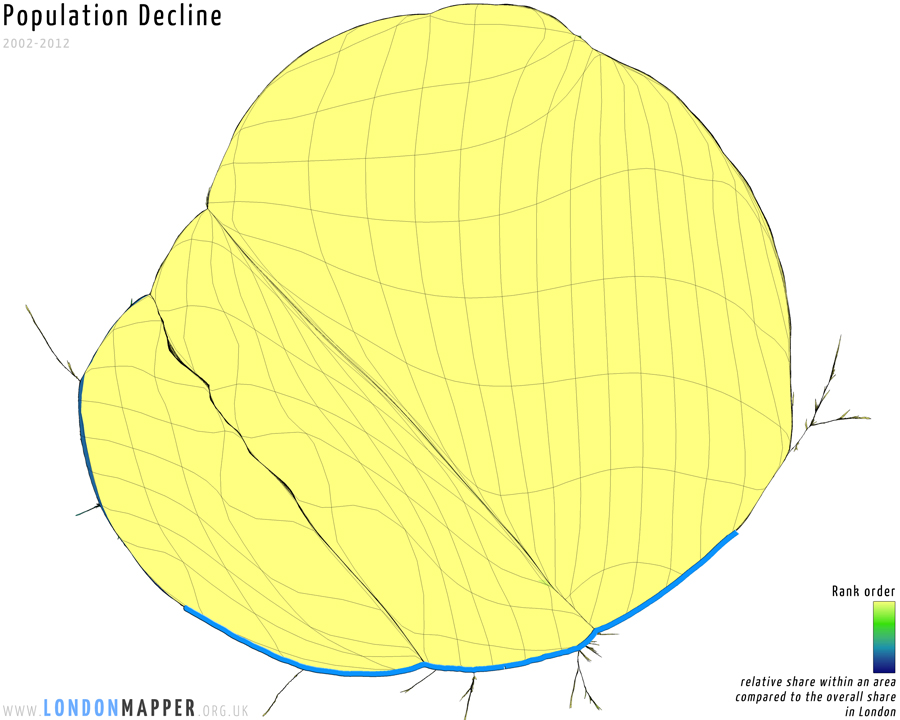 [dropcap1][colored]T[/colored][/dropcap1]his map shows the area of London resized according to the total decline of people living in each of the grid cells as estimated for the years 2002 to 2012. The rank colours show the areas ordered by the relative change in that period (going from yellow for the lowest via green to blue for the highest relative change).