The average price of sold houses in England and Wales has more than doubled since 1995. 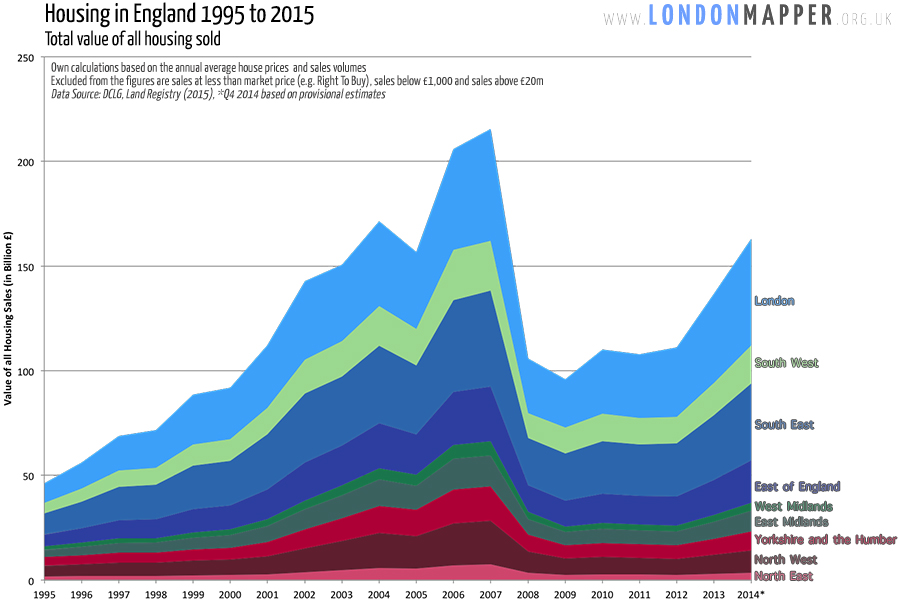 During 1995 just over 700,000 properties were sold in England for a total price of £46,403,000,000, or an average price of around £65,000 per property. Twenty years ago average prices in London were £92,000 at the start of the year and rose by just over £1,000 by December. The rate at which property changed hands in London was, and remains high, but there was no English region then where the average value of property was less than half the average value in London.

By 2005 average property prices in London had increased to around £275,000, now more than twice the value of average property in every other English region apart from the South East and South West. The total volume of sales had also increased so that during 2005 around 930,000 properties were sold in England for a total price of £156,787,000,000, an average price of around £170,000 per property, or 2.6 times the average price a decade earlier. Salaries and wages had not risen at anything like this rate. Unsurprisingly there was a properly crash, which was part of the global financial collapse. More surprisingly prices did not fall as far in England as in other peripheral parts of Europe.
The low point for property sales was January 2009. During the whole of 2009 just 560,000 properties changed hands in England, nearly half peak volumes. Prices did not fall by as much, which meant the total volume of money that changed hands during 2009 on residential property was £95,854,000,000. The average property price declined to around £172,000, not quite back to its 2005 levels despite far fewer properties being brought and sold. The Labour government spent roughly half of its regional aid budget of 2009 propping up the housing market that year. The coalition government that followed spent a much higher sum of money each year underpinning and then inflating the housing market through policies such as underwriting mortgages with “help to buy”. 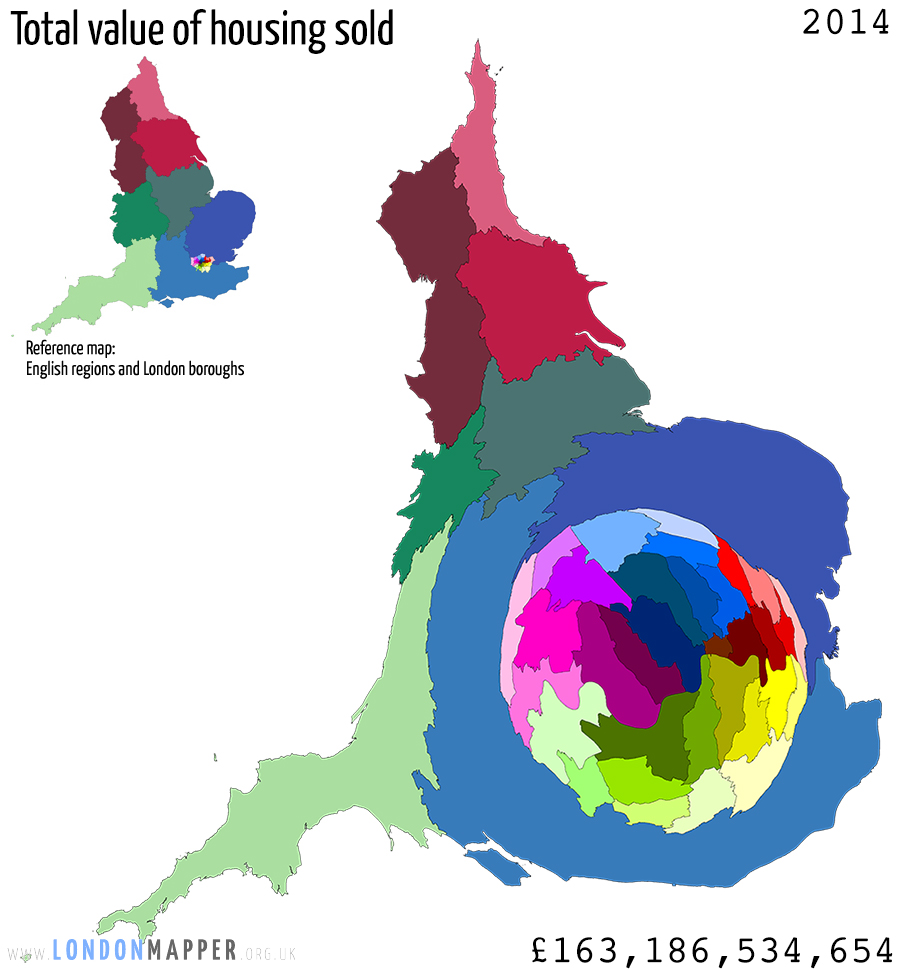 By early 2015 average property prices were being reported to have exceeded £500,000 in London. They had dipped just below £300,000 only five years earlier. As a proportion of the total volume of English housing market transactions when measured in pounds (prices times volumes) London had exceeded one-third of all sales in January 2014 as the chart above showing the development of the shares over time demonstrates. It has never been as high. This was up from a low of around 22% in April 2009. 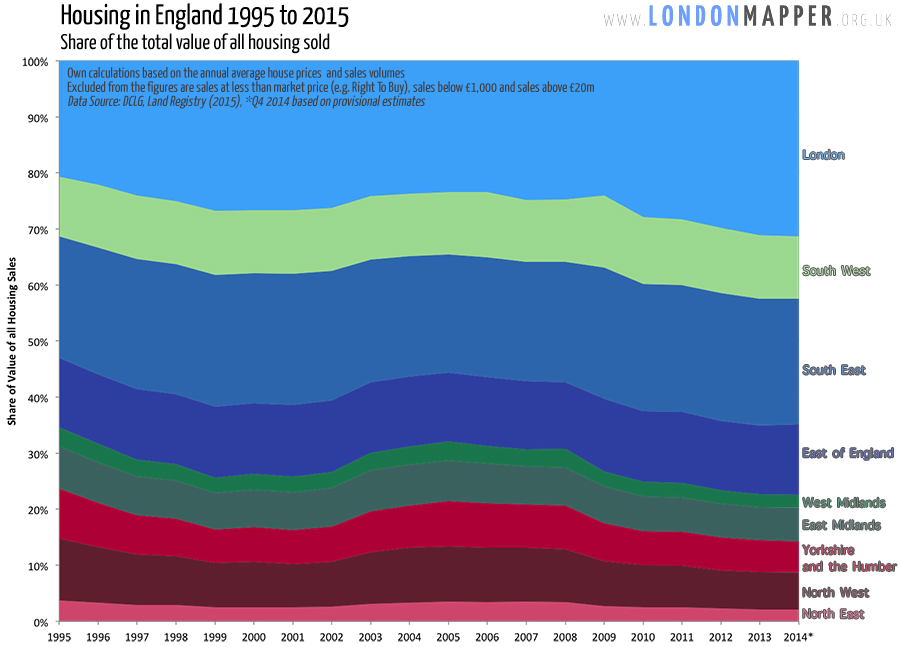 These maps and charts are based on data made available by DCLG & the Land Registry on all residential properties sold since January 1995, by English region and London borough.